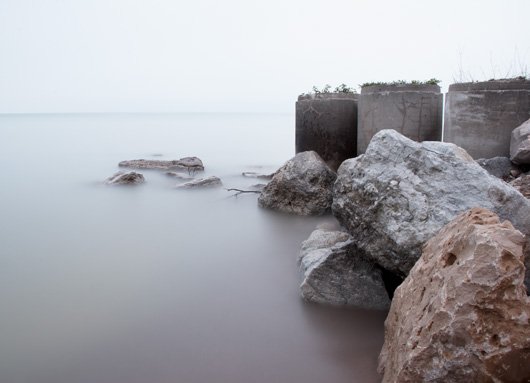 One evening a few weeks ago Darren and I found ourselves on location in Bayfield, Ontario. I’d done my research using Google Satellite and Flickr and had planned out two shots I was interested in doing. I don’t normally have the opportunity to make two photographs in one evening, but if I’ve never been to a location before I like to have two scenarios in mind just in case things aren’t what I expect.

Things weren’t what I expected. I had planned to either photograph a piece of a shipwreck or some rocks that sit just below the surface of the water. We got there early enough so that we could have a quick look around and plan our strategy. The north beach held no surprises, it was exactly as I had seen in my pre-production.

The south beach, however, held a lovely little secret. As we walked along the water line, camera gear in hand, toward the shipwreck I had decided would be my primary target, we noticed the wave breaks weren’t the typical corrugated metal kind that we’re used to seeing. Instead there were rows of old cement maintenance holes projecting out into the water. They were filled with dirt and some of them even had grassy bits sticking out the top. Heaven! And on top of that I was actually able to make two photographs that evening: one of the maintenance holes and one of a more typical wave break. 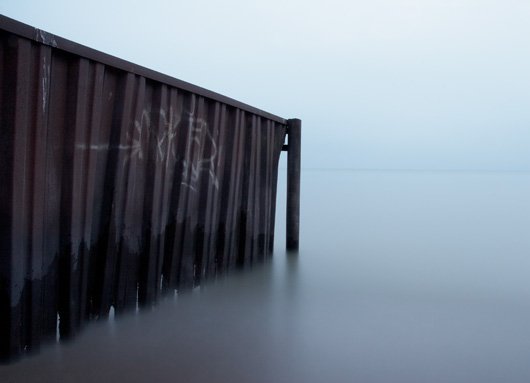 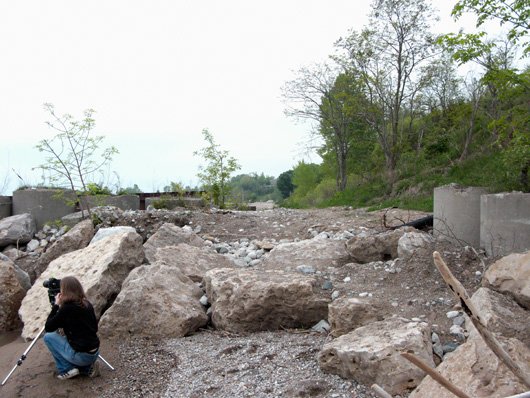 The shore in Bayfield, Ontario, Canada. 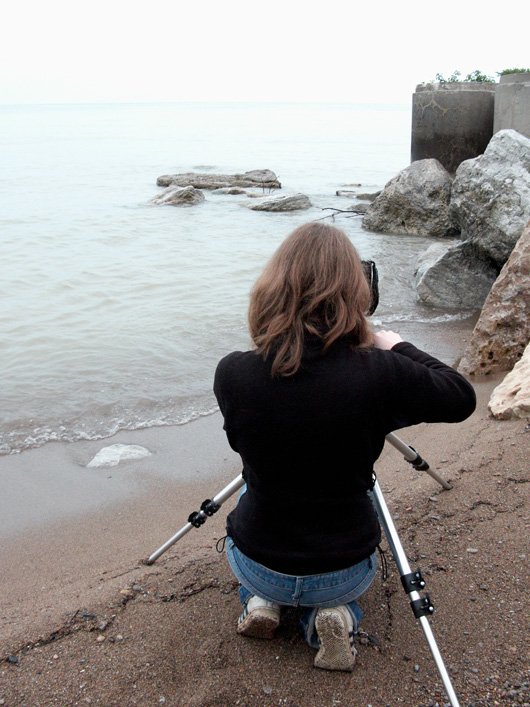 Lining up the shot – where’s the hair and make-up stylist? 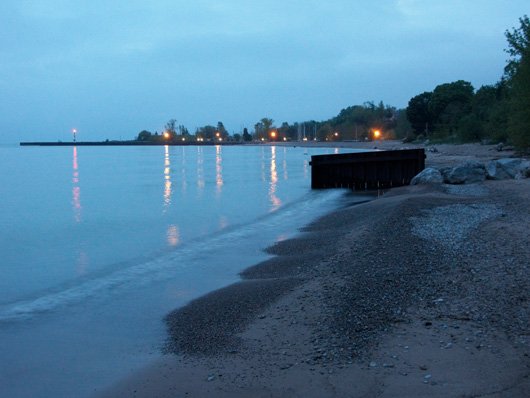 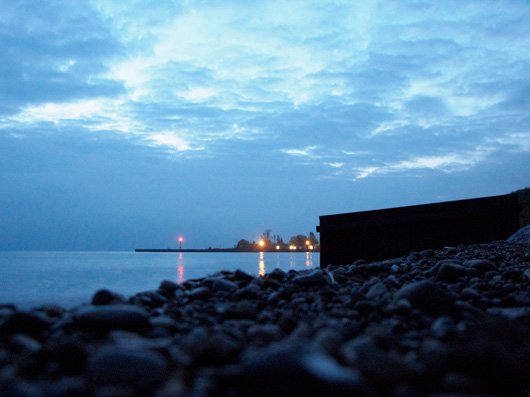 I count my lucky stars every time I get to spend an evening with Darren on the beach watching the sunset. Life is perfect.