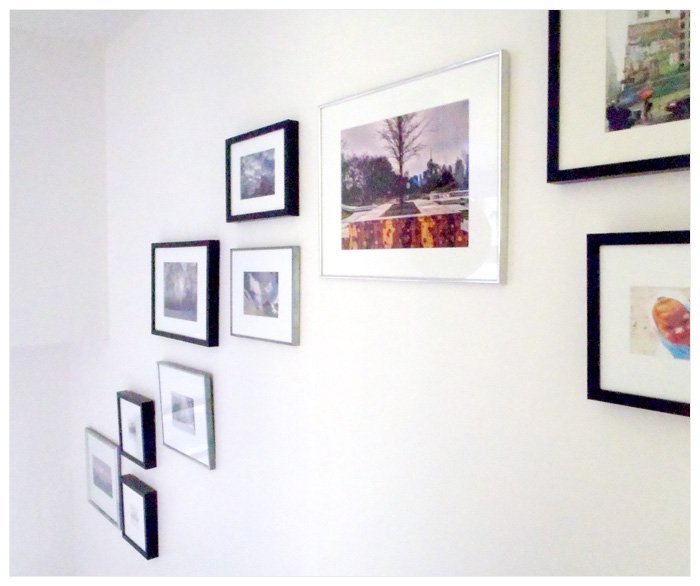 Anita spent six months choosing the perfect shade of white for her stairway. Saturday Paper by Valspar. Talk about a girl after my own heart. She’s drawn to natural things and wanted to create a casual collection of winter photography to hang in her stairway, a mix of professional images and a few she made herself.

Anita’s frames are a mix of Ikea, thrift store, and re-purposed frames that she already had, all in varying sizes. She kept the Ikea Ribba frames their original black and sprayed the rest silver using a combination of Rustoleum’s Silver and Stainless Steel paints. She had her local Framing & Art store cut mats so everything matched, plus because some of the pieces were so small they were able to use off-cuts, which ended up being less expensive than buying them pre-cut. 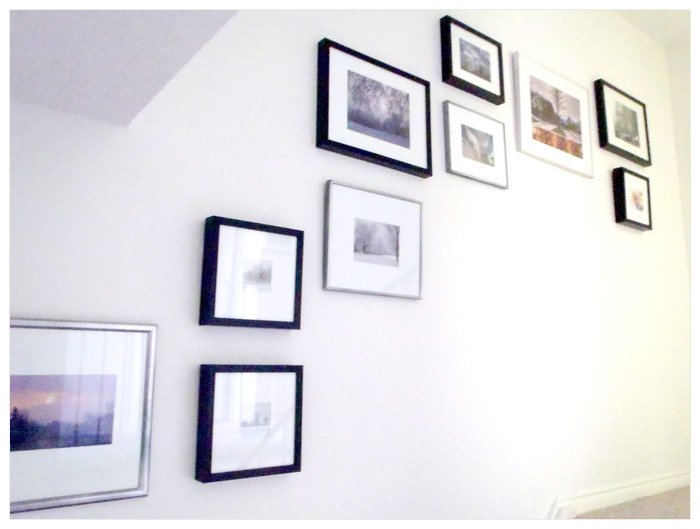 She scoured sites like Pinterest and magazines including Canadian House + Home and Style at Home looking for gallery wall ideas and quickly learnt what her tastes were. Anita’s a page ripper, whenever she sees something she likes she tears the page out of the magazine and puts it in a file. She prefers Canadian decorating magazines for their real life style, American mags tend to be over the top and clearly only filled with homes of lottery winners.

When she had a rough idea of her design she cut out paper templates for each frame and started taping them to her wall, which was a big help, tweaking things as she went. Once she got the layout the way she wanted it she started hanging her photographs at the top of the stairs, leaving three inches between the pieces vertically and four inches horizontally. 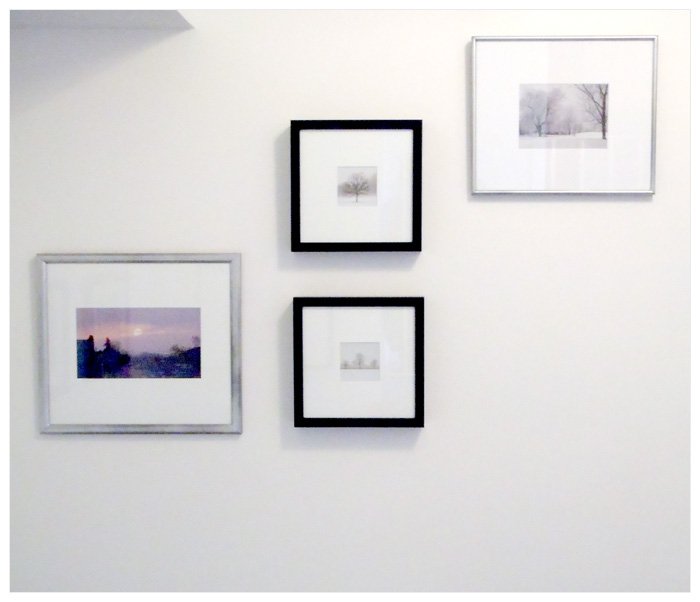 See anything there that looks familiar? Anita framed two of our notecards to include in her collection – Vanilla Dream and Cornsilk Glaze

Measure, measure, and measure one more time. It really does make a difference with how it looks. Having lived with it for a few days now I’m really happy I took the time in planning it.

Have you  hung any artwork lately? A gallery wall or a stand alone piece? Or are you planning an art attack in the next few months?