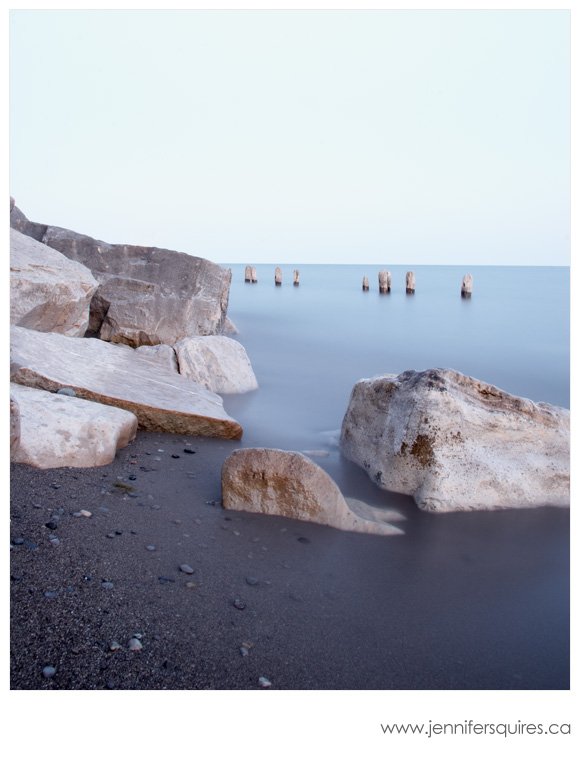 You got to see a sneak peek last week of Lake Erie #12 as part of our September desktop calendar. And now, as promised, the story behind the photograph. 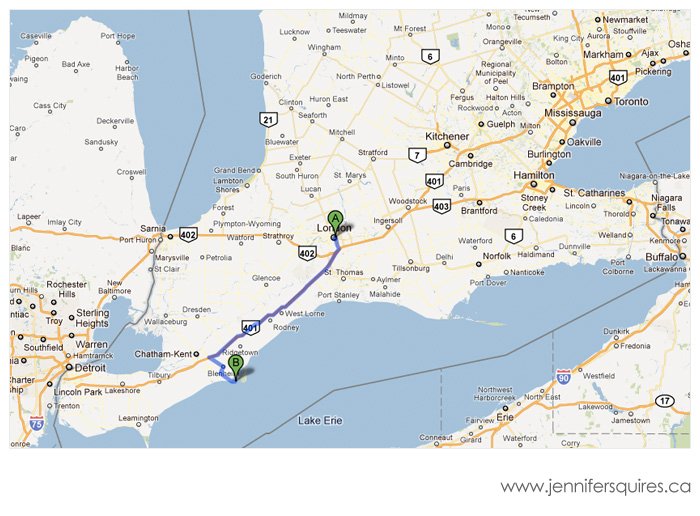 I made this photograph in July on the night of the full moon, in Erieau, Ontario, Canada, about an hour and forty-five minutes south-west of London. Darren and I had big plans to photograph the moonrise, but it wasn’t long after we arrived that we realized there would need to be a change of plans.

I’d done my research using The Photographer’s Ephemeris, determining that the moonrise was going to begin at 9:12 pm, and I checked in with The Weather Network and it looked like Mother Nature would be cooperating that night. What I was unable to predict from so far away was how high the lake was. It was so high, in fact, that there was only a narrow strip of beach remaining where I had planned to set up the camera.

Since the moon was so far north and the water was so close to the rocky retaining wall I wasn’t able to photograph the full moon rise. Lake Erie #12 is what I came home with instead.