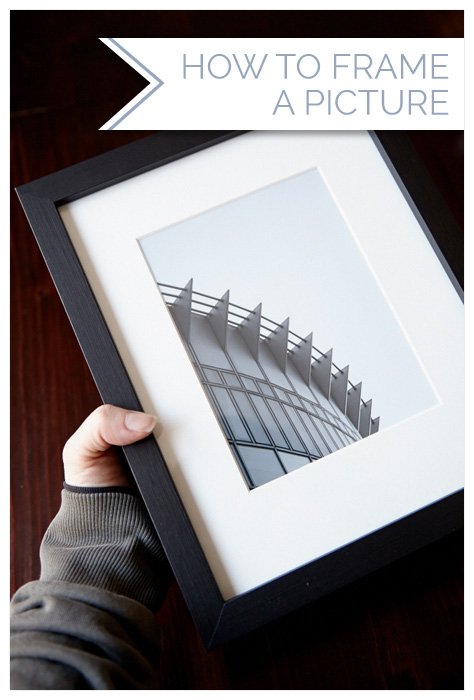 Last month I walked you through how to mat a picture and now it’s time to frame that baby! I chose to put mine in a store-bought frame I got from Black’s for $19.99, which I often do for 5x7s, because I like the style and it’s well made with good corners.

Step 1 – The first thing I always do is un-package the frame and make sure the corners look good. The box they come in usually covers them to protect from getting dinged at the store but it can also make it hard to see that they’re not chipped and that the top and sides of the frame line up nicely with a good clean seam. With these frames it’s rarely a problem but I always make it a habit to check anyways.

Step 2 – I got rid of all the extras that came with the frame including backing materials and cardboard so all I was left with was the frame and the glass. I don’t use the stuff that comes in the package because it’s rare to know if it’s archival plus I find my method keeps things nice and tight so there’s significantly less chance of moisture getting in which can ruin the art and lead to mould. 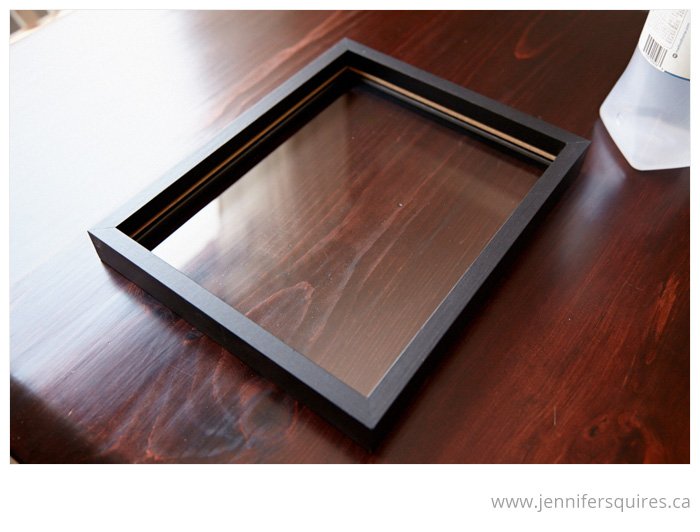 Step 3 – Cleaning the glass – the bane of my framing existence. And one of the big reasons I’d much rather pay a framer to do this for me. I mixed up a spray bottle of half white vinegar and half water (* cue Darren to walk in saying it smells like french fries in here *) and wiped down both sides of the glass with a micro fibre cloth. Newspaper works even better but we didn’t have any hanging around the studio.

Step 4 – Next I checked to see how good of a cleaning job I did. I put my matted photograph in the frame and held it tight while I flipped it over to see if there were any dust specks or fibres on the inside of the glass. And of course there were. There always is. This is the big downfall of framing my minimalist photographs – they show off every speck of dust. 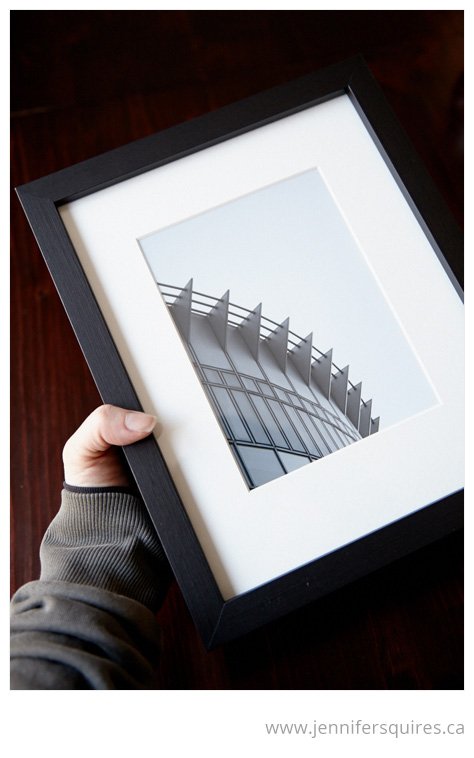 So I cleaned the glass again. When I was down to only a few specks I got out my lenspen and used the brush to remove them. By now I was feeling pretty good about the whole process but as I laid the photograph back into the frame the air moved around in there and pulled in more dust. Argh!

I took a nice sip of herbal tea, put on some music, and keep dusting the glass until I was happy.

Step 5 – Because I was using a store-bought frame that came with it’s own backing board that clips into a groove on the inside of the frame, I needed to build up the back to hide that groove so I could tack everything in place. So I put in an 8×10 piece of foam core. You could use mat board too but foam core is thicker so I find it works better. 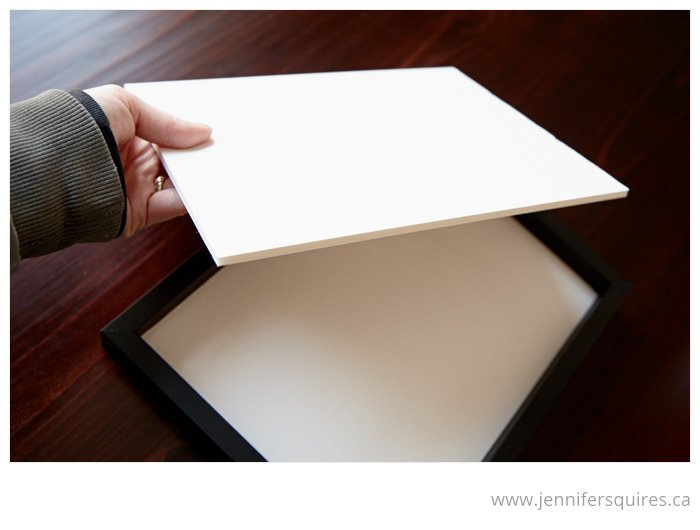 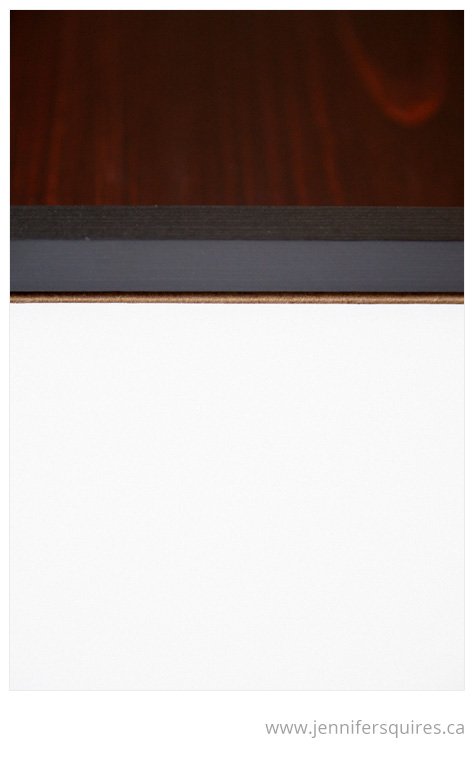 But as you can see from the photo it wasn’t thick enough to hide the groove so I added a second one. I used to skip this step but I found when I put my brad nails into the groove things didn’t really sit as tight as they should and this is the easiest way I’ve found to take care of it. 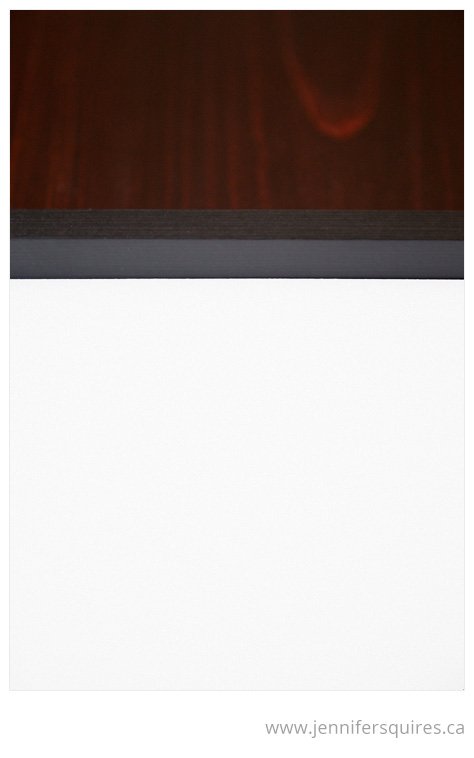 Step 6 – I got out my brad nailer and put one nail in each side just to tack everything down. 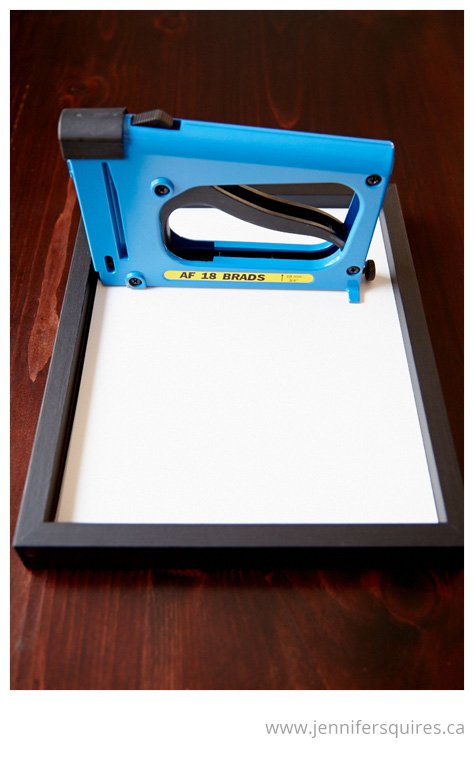 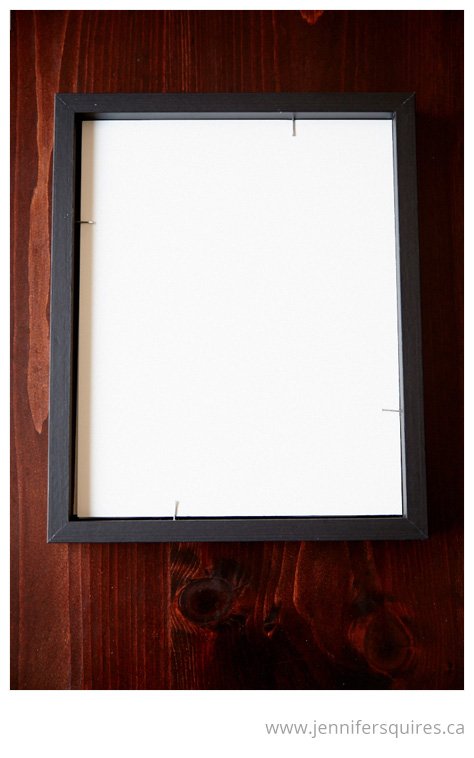 I flipped it over to make sure everything looked the way it should then added another nail to each side. If I were doing a larger piece, with say an 11×14 frame I’d probably do three nails per side, I just kinda judge how tight the nails are holding it and if they could benefit from more then I add more. 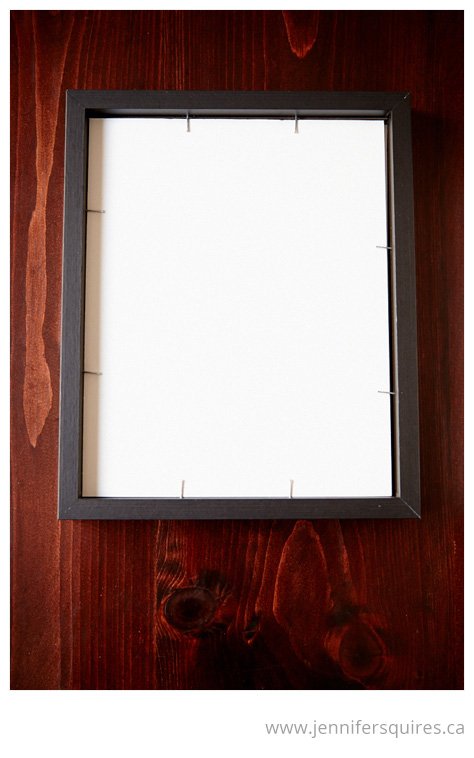 Step 7 – Now that my photograph was mounted in place I needed to add a dust cover to the back so everything will stay nice and clean and dust-free. So I cut out a piece of kraft paper slightly larger than my frame and stuck it to the back using my double sided tape gun. 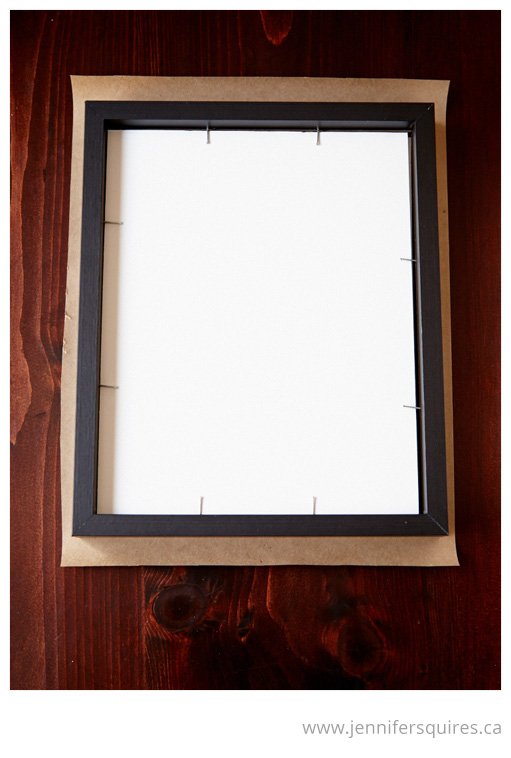 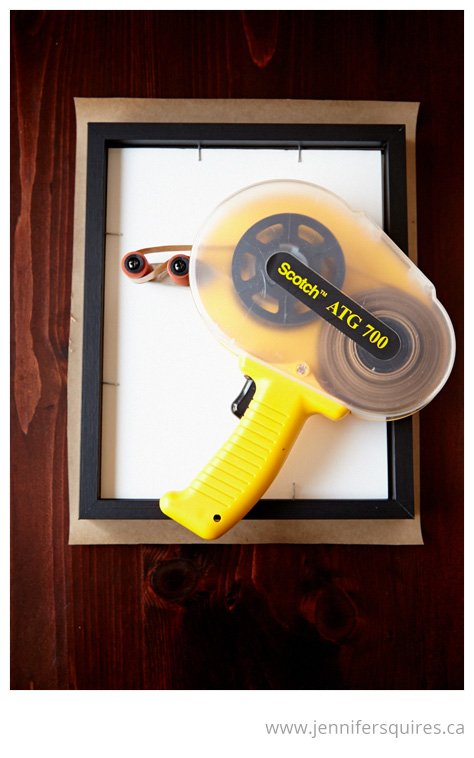 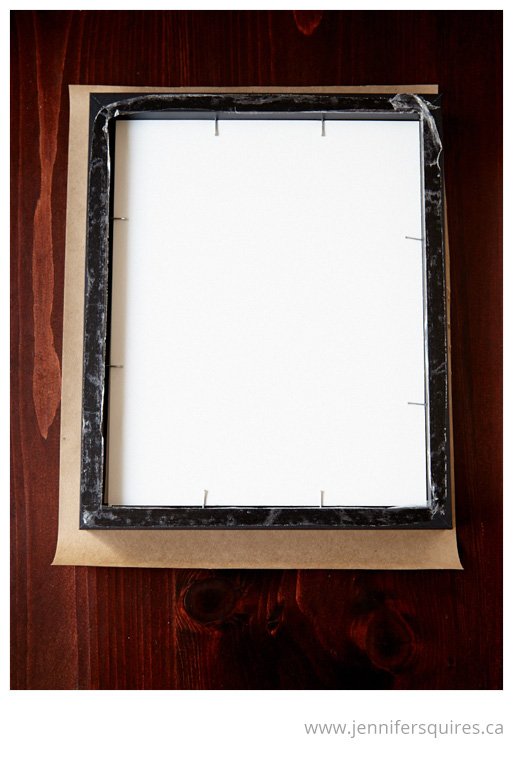 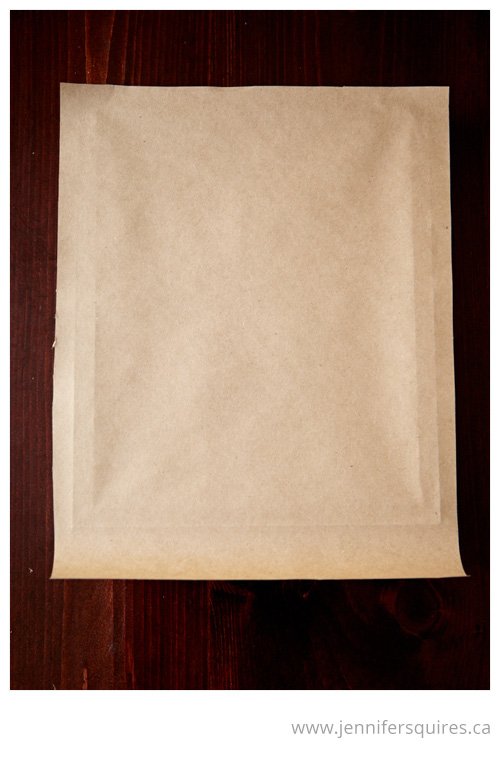 Step 8 – I tidied up the dust paper backing by trimming it down to the size of the frame. I’ve found it works best to put a bit of a crease along each edge by folding it down along the frame before trimming it off, it just keeps it out of the way when I start cutting, you can see my crease marks in the last image above. I know most people just trim using an xacto knife but I can’t get a nice straight line that way so I used a paper trimming knife that I got from my local framing shop. 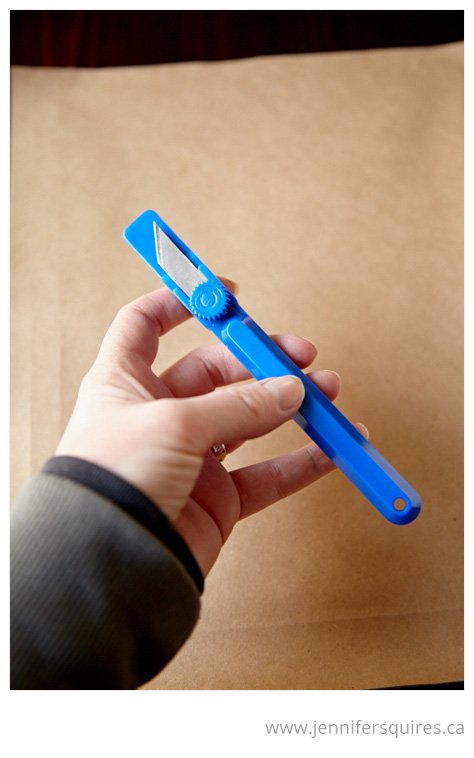 It has a piece of plastic that sits next to the blade that I use as a guide, running it along the outside edge of the frame as I cut. 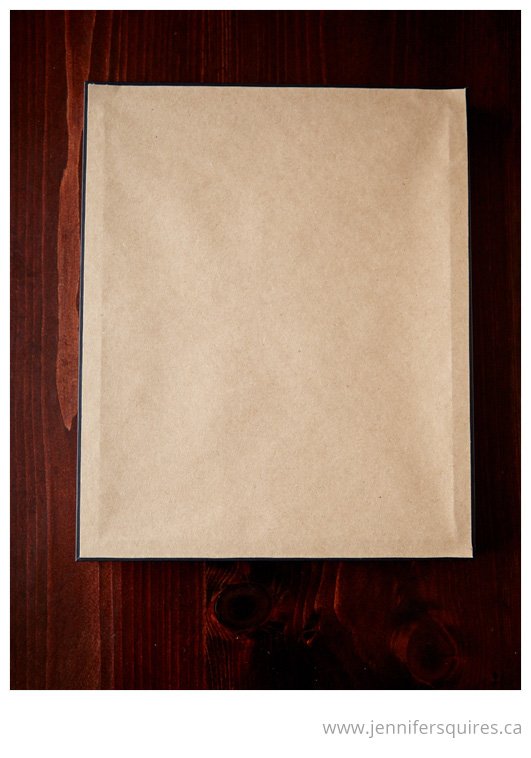 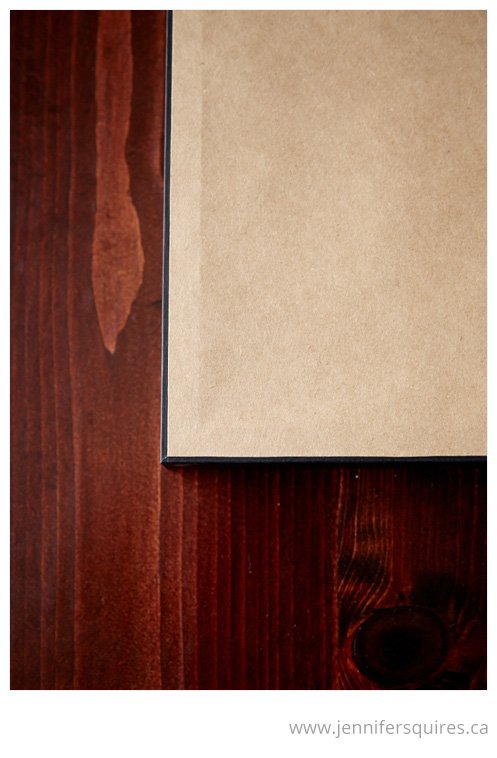 Step 9 – Lastly I added a wire hanger for fast and easy hanging. I find I get the best results if I put it about a quarter of the way down from the top edge of my frame. So I used a ruler, marked my spots on both sides, and pre-drilled into the frame with a tiny drill bit that was smaller than the screw that I’d planned on using. You don’t need to pre-drill, but I find the screws go in a lot easier and I’m a lot less likely to split the wood frame if I start with a pilot hole first. 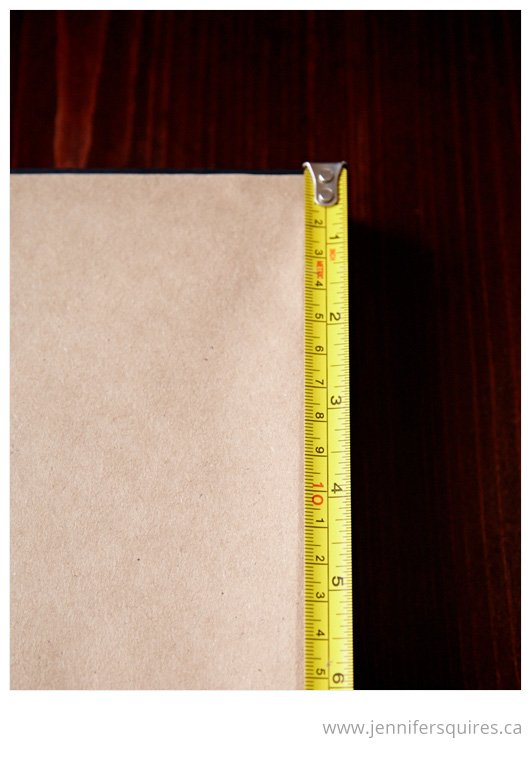 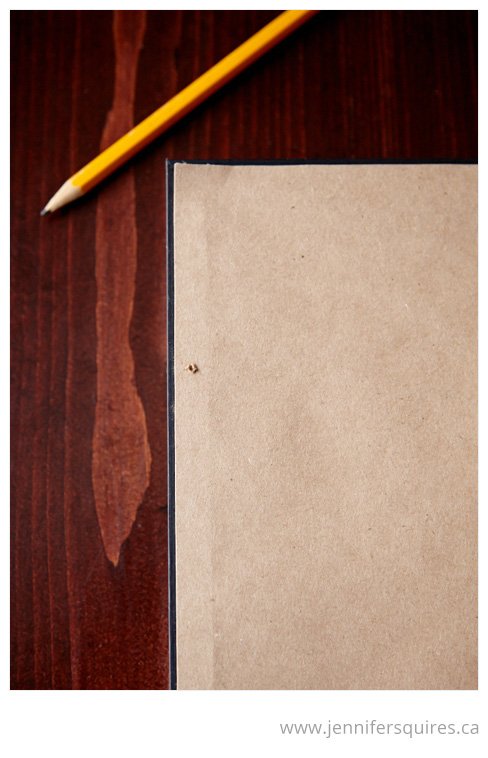 I attached my D-rings using a screwdriver and the tiny screws that came with them. 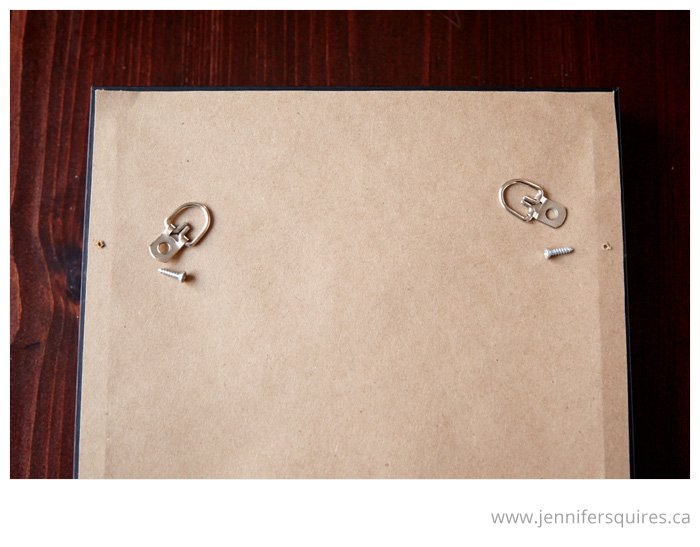 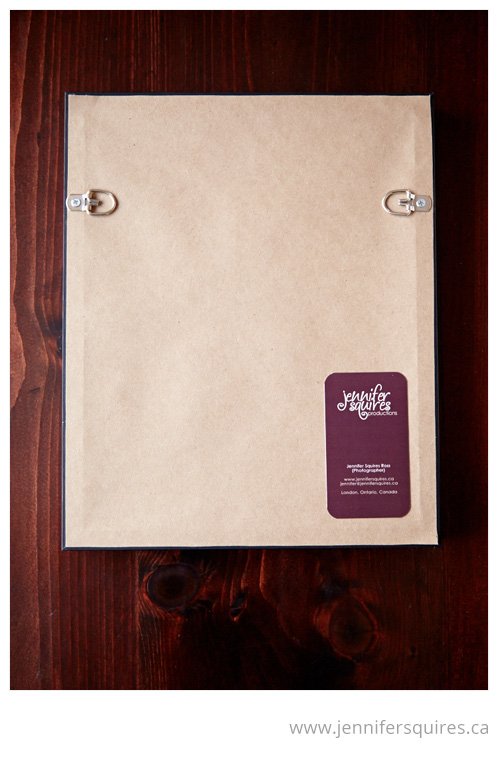 For wire I used SoftStrand’s uncoated stranded stainless steel picture hanging wire because it’s really nice to work with. There are plastic coated wires available but I prefer not to use plastic anything if I don’t need to so a chose this stuff. It has instructions on the spool showing exactly how to loop it through and wind it around so be sure to take a close look at the photo.

When I did the second D-ring I made sure to pull the wire as tight as I could to keep it from showing above the picture frame while it’s hanging and to get the whole piece to sit flush to the wall for a nice clean look. 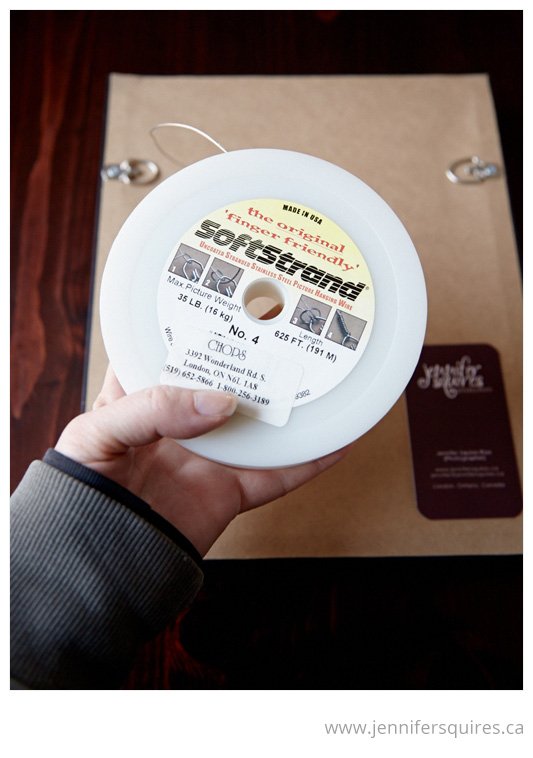 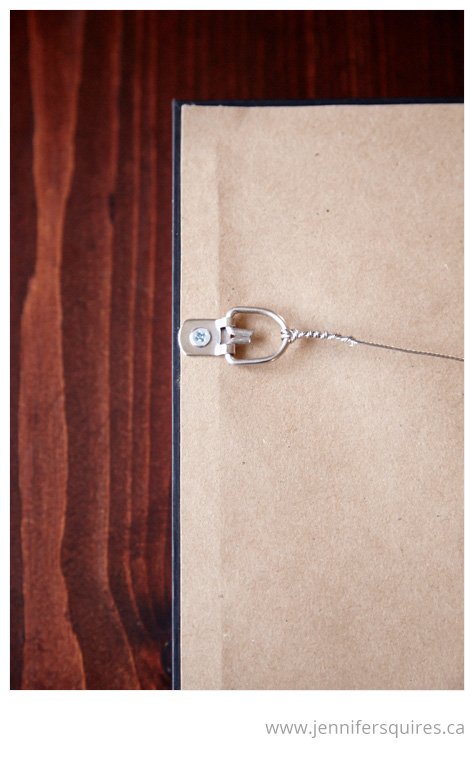 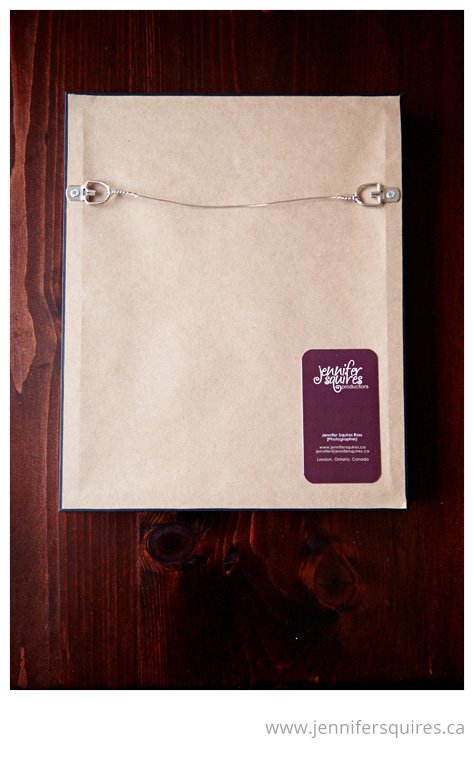 I trimmed the wire down using wire cutters, but they always to leave sharp edges so I wrapped the whole thing up with masking tape to keep everyone’s fingers scratch free. 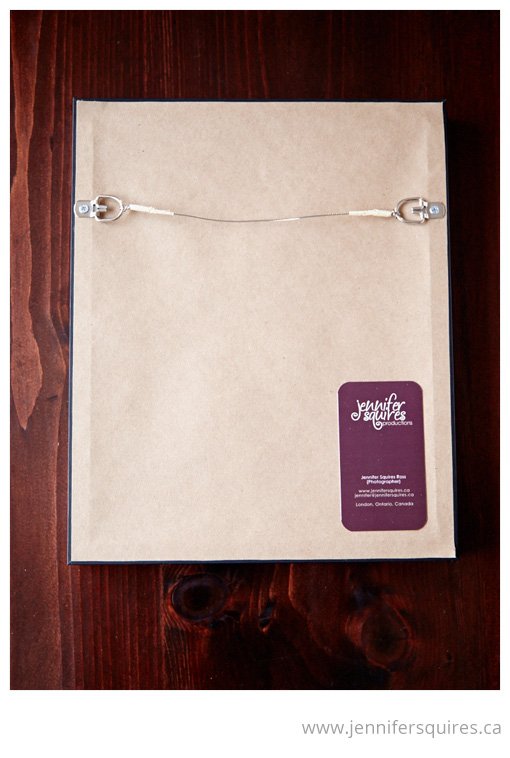 I’m sure there’s a lot of different ways to frame a photograph but this is just what I’ve found works best for me. Have you framed anything lately? How did it go? Do you spend more time getting rid of dust than anything else?