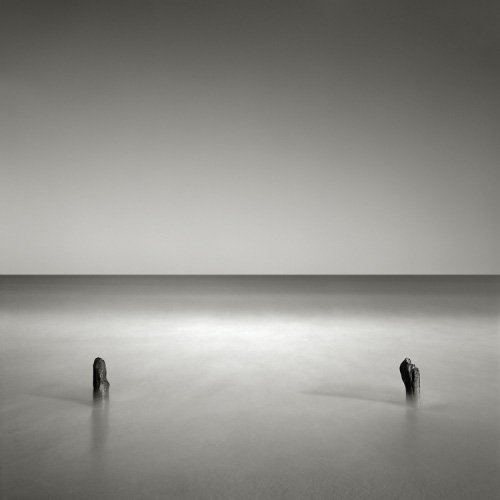 I am honoured to share with you today the work of David Fokos. His image shown above is called Two Poles and was taken in Chilmark, Massachusetts in 2001. David uses long exposures to illustrate what he says “is felt but unoften seen”; referring to the overall calming effect that the ocean truly has, not the tension we feel in the split second we see it full of choppy waves.

I’ve been a fan of David’s work since I began exploring long exposures myself last summer and I was both elated and honoured when he agreed to let me share a glimpse of his work with you. Thanks David!