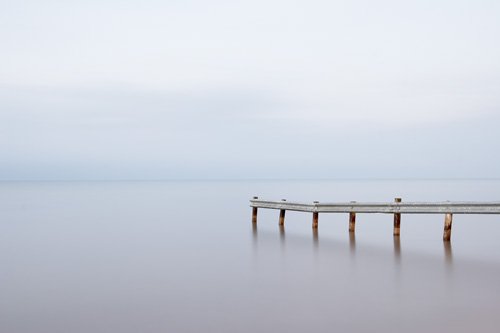 Here’s a quick update about what we’ve been up to:

I’ve got this idea in my head that I want to photograph along the shores of Lake Huron. I’ve done a bit of research online and I’ve decided to start with Kettle Point, Ipperwash, and Grand Bend so tonight at 4:15 pm we set out on our first location scout. 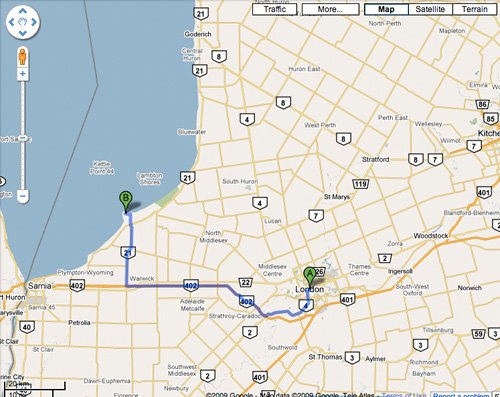 It took us about an hour and twenty minutes to drive the 100 km (62 miles) to get there and we arrived at the public beach the nick of time just after the sunset. I had checked The Weather Network before we left; it was to set at 5:16 pm. We captured the opening image of this posting on the public beach at exactly 6:00 pm.

We were able to get nine frames in before it was too dark to take any more. I’d never been up that way so we used the rest of the evening to scout out future locations and figure out the best times for photography. We drove along the shore to the actual Kettle Point, which I think has a lot of potential for early morning photography. Stopped by Ipperwash Beach but it was too dark to tell what was there so I’ll have to visit the area again when I’m up there one morning next week.

We followed highway 21 up another fifteen minutes or so to Grand Bend where I found a few spots there that I’d like to photograph, but again they were morning locations. We had a late supper (8 pm) at the SchoolHouse Restaurant and we were home by 10:15 pm.

Our stats so far:

The plan: Schedule at least two early morning, pre-sunrise shoots (did I mention that sunrise is 7:10 am, and it takes over an hour for me to get there), one for Kettle Point and one for Grand Bend.

Getting ready for tomorrows shoot at Kettle Point.  Here’s what The Weather Network is saying: 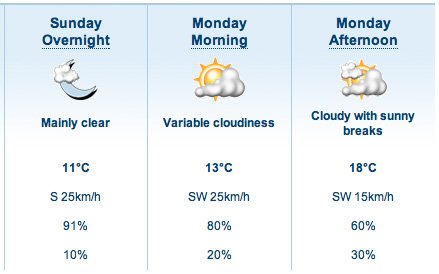 Sunrise is at 7:11 am so I’ll want to be there around 6:30 am, which means I should be leaving home around 5 am, yikes!  At least it will be fairly warm out.  Stay tuned for more information about how things go tomorrow.  Don’t forget, you can always follow my work in progress on Facebook!