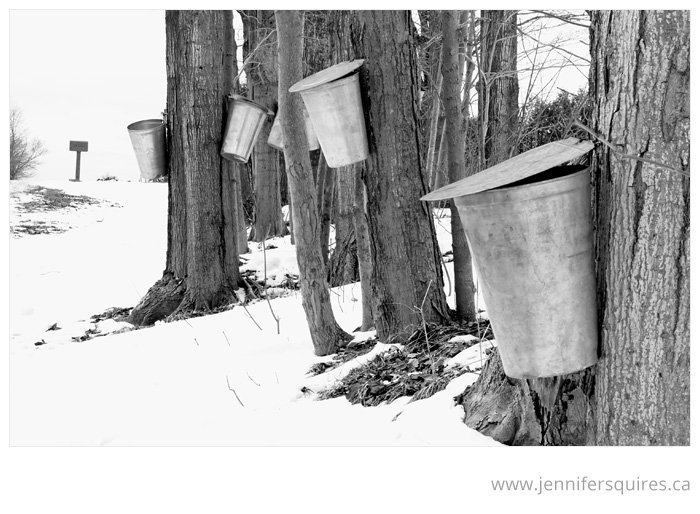 I have a newfound love for maple syrup. I think it was in there all this time but I just didn’t know it. I grew up on brown sugar, I mean, who didn’t? But when I met Darren and he took me on my first sugar bush tour a natural, sugary light went on in my heart. The “maple syrup” I’d been served my whole life was a facade, it was really pancake syrup and sadly lacked the depth of the real thing.

Maple syrup and I rendezvoused a few times a year over pancakes, waffles, and occasionally ice cream and was a delightful on again off again relationship that I quite enjoyed, while my jar of honey sat quietly in the cupboard reserved for tea and baking.

Then last fall I found a recipe for blueberry muffins sweetened only with maple syrup. They were dairy and gluten-free and chock-full of healthy breakfast protein so I gave them a whirl and haven’t looked back. I’ve been known to substitute in apples when we’re out of blueberries too.

Honey, it’s over. Maybe we can still meet up for tea now and again?