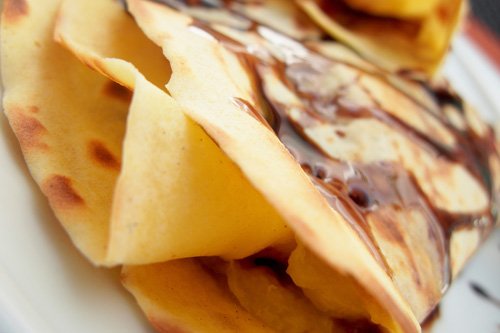 Isn’t that a beautiful looking crepe?  So pretty the way it’s folds look like ruffles! This one is filled with chocolate and banana. I don’t know, I would think it impossible to have a bad day when it’s started with something as lovely as this! 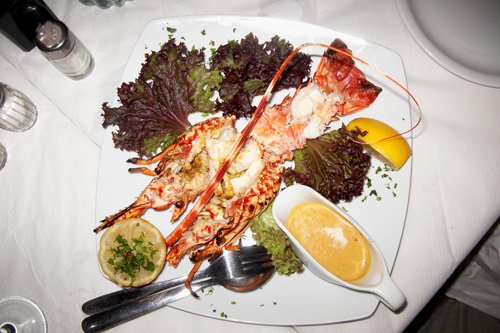 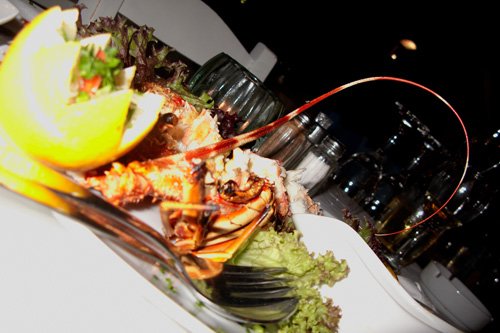 I insisted we have lobster while we were there so we hunted down a restaurant right on the water that had some on the menu. The presentation was stunning! I’ve never seen seafood done up so nicely! Although not as meaty as they are in Canada this one was still quite tasty.

While we were there we met a whole table of people who were from just outside of London, small world huh? Have you ever met people from your hometown while you were traveling abroad?

2 thoughts on “seafood on the shore”