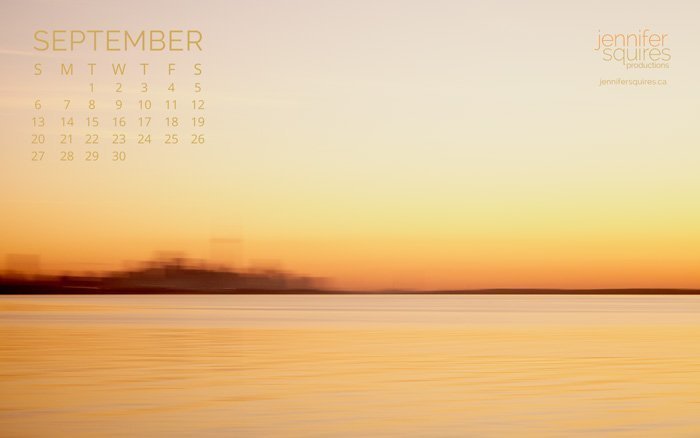 I really wanted to have an underwater photograph on the September 2015 calendar but it just did not happen. And not for lack of trying. The weather hasn’t been cooperating, the lakes have been rough and in turn making the water too murky to get anything, booooo… So instead I’ve dug an impressionist image of the Toronto skyline at dawn out of the archives.

Is it me or did August go by in a flash? A FLASH! I tried to take a bit of a break from the studio so I could lap up the short stint of warm weather we get up here in London but things kept pulling me back in. Maybe I’ll try to take it a bit easy in September. I just need time to feed my creativity and refocus things to make sure I’m on the right track. How often do you review the path you’re on? What do you do? What do you read? I’m definitely looking for suggestions! Do you take a break? Do you try something new?