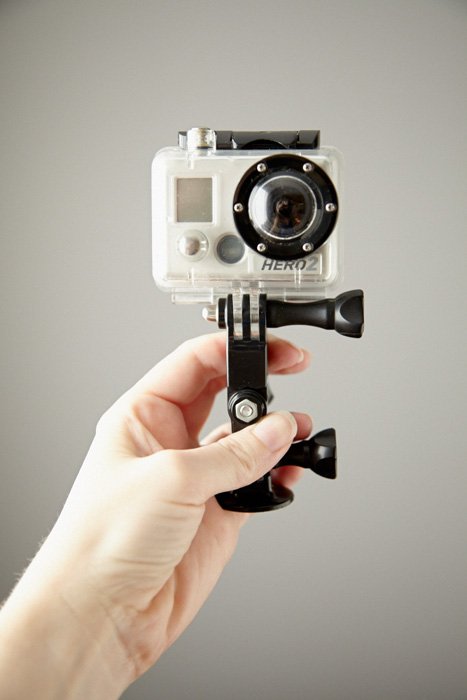 My friend Jason lent me his old GoPro Hero2 camera for my first round of underwater photography experimentation. So off I went to Grand Bend to see how this was going to work. It was a sweltering day but I loved that I got to spend it in the lake and call it work. The Hero2 doesn’t have a screen on the back which means I had no idea if I was getting anything or not so I just bobbed around in the water playing with different angles so I’d have lots to look at once I got home.

I didn’t expect much, the water was pretty murky. Not gross murky, just sand-stirred-off-the-bottom murky. Visibility was poor and I could hardly see my feet. When I got home and downloaded the images the lack of water clarity was confirmed and I realized I needed to do a bit more research. Though I did come out of it with a few interesting images like this one: 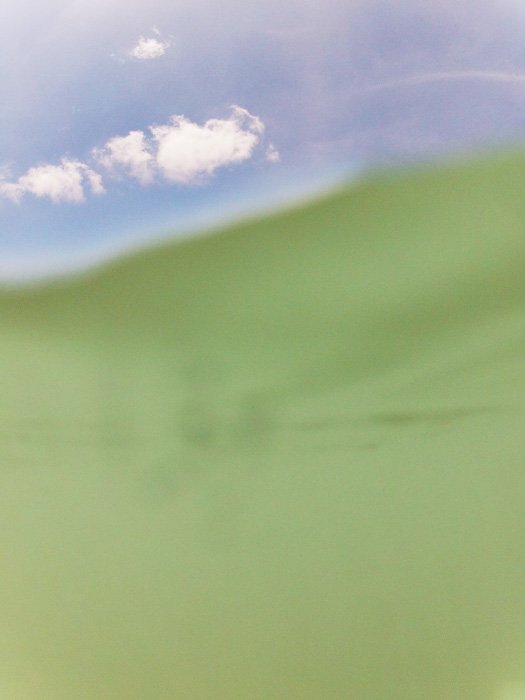 The other thing I noticed was that there were scratches on the dome cover in front of the lens: 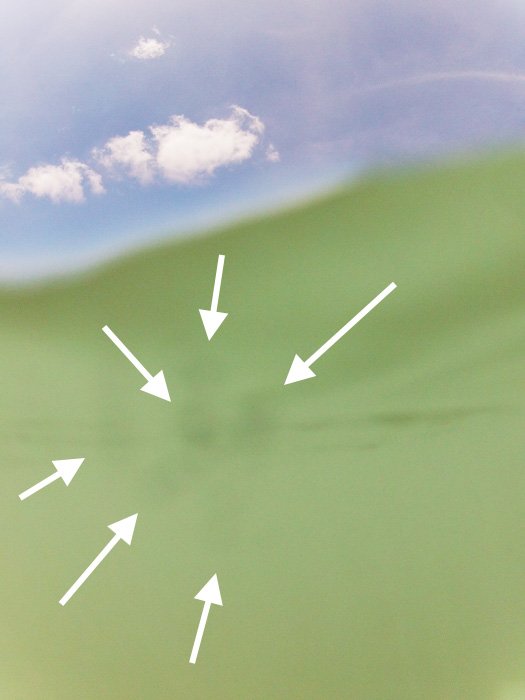 I looked through the kit Jason lent me, found a second identical cover and swapped it out so I was all ready for my next shoot.

I started researching lake water clarity in southwestern Ontario to see if what I was looking for even existed nearby or if I was going to need to plan a much larger trip. The internet suggested staying away from beaches that have inlets or canals because the water movement can often stir up sediment off the bottom, so I guess that means Grand Bend is out. But I’ll still keep an eye on their webcam for calm water days because it’s only an hour from here.

I also started putting the word out to people I know to see if they have any information or advice. A guy Darren works with strongly suggested Tobermory. He dives the shipwrecks there and often makes videos of his adventures. It’s an almost four hour drive from here so it’s not any place I really want to go during my experimentation phase, maybe later once I’ve got the whole process figured out.

So the next step is to go for a drive – Grand Bend, Goderich, Kincardine, Port Elgin, Sauble Beach – heading north until I find water that’s reasonable clear.